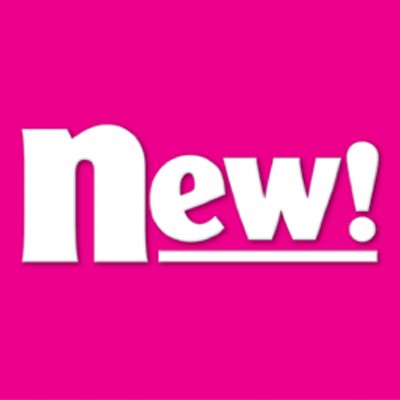 New! Magazine looked at the accusations that a number of celebs have gone too far with cosmetic treatments, comparing recent pictures with older ones.

The feature picked on online comments about the stars’ changing faces and asked Dr Ross Perry to give his professional opinion as to what work they may have had done and give his expert views.

Celebs ‘under fire for having too much work done’ 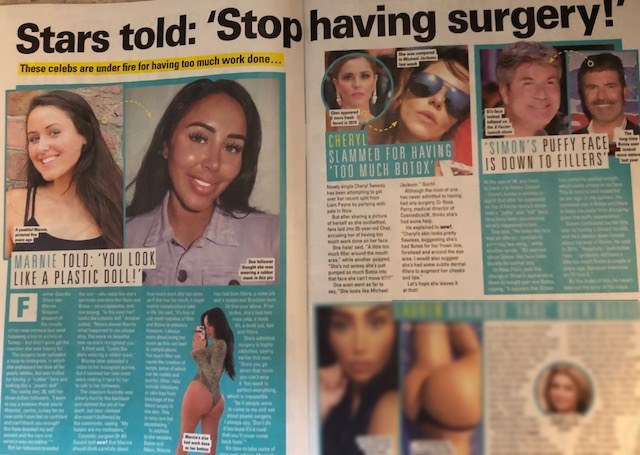 “A little too much filler around the mouth area”

“She’s not asleep she’s just pumped so much Botox into that face she can’t move it!!!!”

“Cheryl’s skin looks pretty flawless, suggesting she’s had BOTOX for her frown line, forehead and around the eye area. I would also suggest she’s had some subtle dermal fillers to augment her cheeks and lips.”

“Let’s hope she leaves it at that!”

Simon Cowell looks good for 52, but recent pictures show him looking a bit fuller in the face than he used to. Fans said:

“It appears that Simon has certainly gained weight, which really shows in his face. This is natural and expected as we age. In my opinion, his continual use of BOTOX® and fillers to keep his jowls from drooping gives the puffy appearance.”

Simon has previously been public about his use of BOTOX, saying in 2015 that he’d eased off after overdoing it in the past.

“By the looks of him, he hasn’t learned the error of his ways”

“It looks as though Kerry has had BOTOX® around the eye area to lift the brows. I would also suggest that Kerry has had fillers to her cheeks and around her mouth to lift the lower face and possibly had eyelid surgery to reduce the heavy brows.”

Like Simon Cowell, Kerry has previously been public about her use of cosmetic treatments and also surgery including liposuction, breast reduction, tummy tuck and vampire facelift. She has said that cosmetic surgery is ‘like getting an eye test these days’.