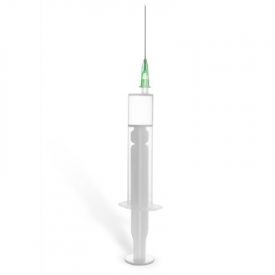 “Truthfully, we think that Chloe’s chin is far from fat, but we’re all for the lass doing whatever it is that makes her happy.”

Dr Ross Perry, founder of Cosmedics Skin Clinics, was asked to give his expert opinion. He explained that the injections are:

Chloe Ferry has had a number of surgical and non-surgical cosmetic procedures and has been open about the treatments she’s had. She told Closer magazine:

“I’ve been told that I look awful and that I’ve ruined my body. Everyone has an opinion, but at the end of the day it’s my body and it’s what I want to do with it.”

She has reportedly had has had two nose jobs, breast implants and a buttock lift. However, she has also declared that in the future, she’ll stick with non-surgical procedures rather than having any more cosmetic surgery, saying:

“Sam likes the fake look so he likes what I’ve had done, but he does worry about me. I’m always really scared before surgery but, this time I did say to him ‘I won’t have any more done – this is the last thing’.”

When it comes to non-surgical treatments, she is clear about her plans to carry on, seeing them as routine maintenance:

“I also have fillers in my face and anti-wrinkle injections but they’re part of being a girl.”

He has worked in the aesthetics industry for over a decade and is known for his subtle results and sensible approach to treatments.

Cosmedics Skin Clinics was established in 2003 and has built up an excellent reputation for cosmetic and medical skin treatments, carried out by GMC Registered Doctors.  The company offer a full range of cosmetic treatments, including popular lip enhancement and wrinkle relaxing injections, dermal fillers; plus medical treatments including mole removal, thread vein treatment and excessive sweating injections.