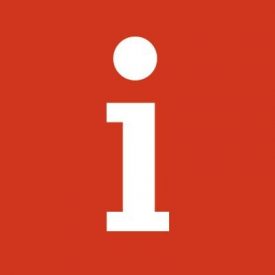 An article in i News highlights the higher numbers of male skin cancer/melanoma, featuring Mick Goss, whose regular mole checks picked up a series of carcinoma.

“‘Men are more cavalier’ about sun protection says 80 year-old who had skin cancer for two decades – as male deaths rise.”

The article follows new research presented at The National Cancer Research Institute (NCRI) conference. The study looked at data gathered by the World Health Organisation (WHO) on cancer rates in 33 countries over 3 decades. Trends shown in the research were worrying:

The evidence suggests that men are less likely to protect themselves from the sun.

i News featured the story of 80-year old Mick Goss, whose childhood included time spent in Zimbabwe with regular sunburn due to there being little access to, or understanding of, unsblock.

“Men are more cavalier with regard to their skin. Unfortunately once the damage is done the risk increases and we are more likely to develop skin cancer later on in life which is annoying as it’s certainly less likely if you are sensible.

“I wish I’d had the knowledge to stay out the sun but it was just not known in my generation.”

Mick noticed dry and irritable patches of skin in his 50s, which were initially treated with creams and freezing.

“Luckily these were picked up early on as I was having regular mole checks with Dr Ross Perry at Cosmedics Skin Clinics.”

Mick advised anyone concerned about new moles to see their doctor straight away, adding a caution about the importance of sunblock:

“The main advice I would say to men is to apply suncream and be careful in the sun. The skin will get damaged if you are not careful and cause problems later on which could have been avoided.”

Read this article in full at: https://inews.co.uk/news/health/skin-cancer-deaths-men-cavalier-sun-protection-218525

He has particular expertise in skin surgery mole removal and melanoma; having removed thousands of moles in his career, both within the NHS and privately through Cosmedics Skin Clinics. He provides expert advice on skin cancer, sun damage and sun protection for a variety of UK media and publications.