After Katie Price revealed the results of her latest surgeries, The Sun looked at the cost of her treatments and asked experts whether she’d gone too far.

Cosmedics founder Dr Ross Perry was asked to provide his expert input on how 43 year old Katie’s appearance had changed over the years thanks to various surgeries and treatments.

Katie Price has reportedly undergone 12 surgeries over the years. Various implants and augmentation took her from a natural 32B to a 32GG at her largest, but she has also undergone breast reduction, changed the type and shape of her implants and also had corrective procedures. The estimated cost of her changing chest is in the region of £120,000.

“The volume of implants she’s using means they can’t go under the muscle, they have to go over – and the skin can only take so much.

“In a few years’ time, she may need to reduce the size of the implants further to take the pressure off the skin in those areas.

“Each time she undergoes any procedure, it’s always a more difficult surgery to do.”

Katie Prices admits to starting BOTOX® injections at the age of 27 and became a regular user. More recently, she’s started to use dermal fillers more. The Sun estimates the cost of these treatments to add up to around £30,000 over the years.

“In the mid 2000s, it looks like she got quite a lot of fillers in her cheeks, which slightly changed the shape of her face because it started to narrow her eye area slightly.

“But fillers into the cheeks are only meant to restore what’s been lost through natural ageing, not change the shape of the face.”

Katie had her first face lift at the relatively young age of 39, choosing a Silhouette thread lift to raise her cheeks and jawlines. She then had corrective work a few months later and in 2019 went for a full surgical face lift, which was then adjusted to give her upward slanting eyes.

“The thing is Katie is only 43 and a very attractive woman. So it does make me think she’d still look good if she’d done nothing to her face at all.

“It’s now getting to the point where the surgeries are going to have a negative impact on her looks, and I think we are there now. That’s the slightly sad scenario.”

Katie Price’s lips have changed shape and profile numerous times and she’s had regular injections to add volume and definition to her lips. She’s also had the filler dissolved at least once and recently had her lip line surgically raised. The total cost of lip treatments is estimated at £15k.

“To maintain the level she’s at probably getting treatments to her lips every four to six months, probably before the last amount of filler has dissolved.

“So that I think that’s why her upper lip shape is constantly growing to the extent where it sticks out when you see it from the side. It creates more of a duck effect.”

Katie had a surgical rhinoplasty in 2007 in Los Angeles. It was a fairly subtle adjustment and there has been no further work on the nose.

“Basically it’s a bit narrower over the bridge and the tip is basically smaller as well.”

Katie is thought to have had a series of operations to reshape her bottom, both to increase it through ‘fat transfer’ and also to reduce it with liposuction.

“Liposuction and injecting the fat into the buttocks is not a lifestyle choice, or an alternative to not going to the gym because of the infection risk.”

The Sun estimates the total value of her treatments at £777,600. This also includes other procedures; such as hair extensions, teeth veneers, tanning and eyebrow tattoos.

He established Cosmedics Skin Clinics in 2003 and remains in charge as Medical Director. He is best known for dealing with unwanted skin lesions and blemishes (e.g. moles, cysts, warts skin tags) and natural-looking use of non-surgical cosmetic injections (BOTOX® Anti-Wrinkle Injections and Facial Fillers).

“I always wanted to do something with a surgical element so that can use your hands in a medical yet artistic fashion. The fact the scope of what is achievable now has evolved so quickly with new technology that means we can use all these together to give patients the best outcomes possible which is a privilege and very rewarding” 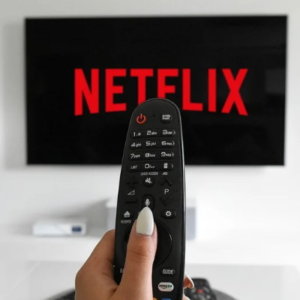