The Daily Mail has been reporting on Robbie Williams’ fresher and more youthful looks after he openly admitted to having had cosmetic treatments.
At the age of 42, Robbie Williams has been through battles with drink and drugs as well as being overweight for a time, but now the Daily Mail says he’s looking ‘better than ever’.
Robbie appeared at the Attitude awards in London earlier, where he collected the Music Icon award and admitted to using cosmetic treatments to improve his skin and appearance:

The Daily Mail shows the results of the work with a fresher appearance: 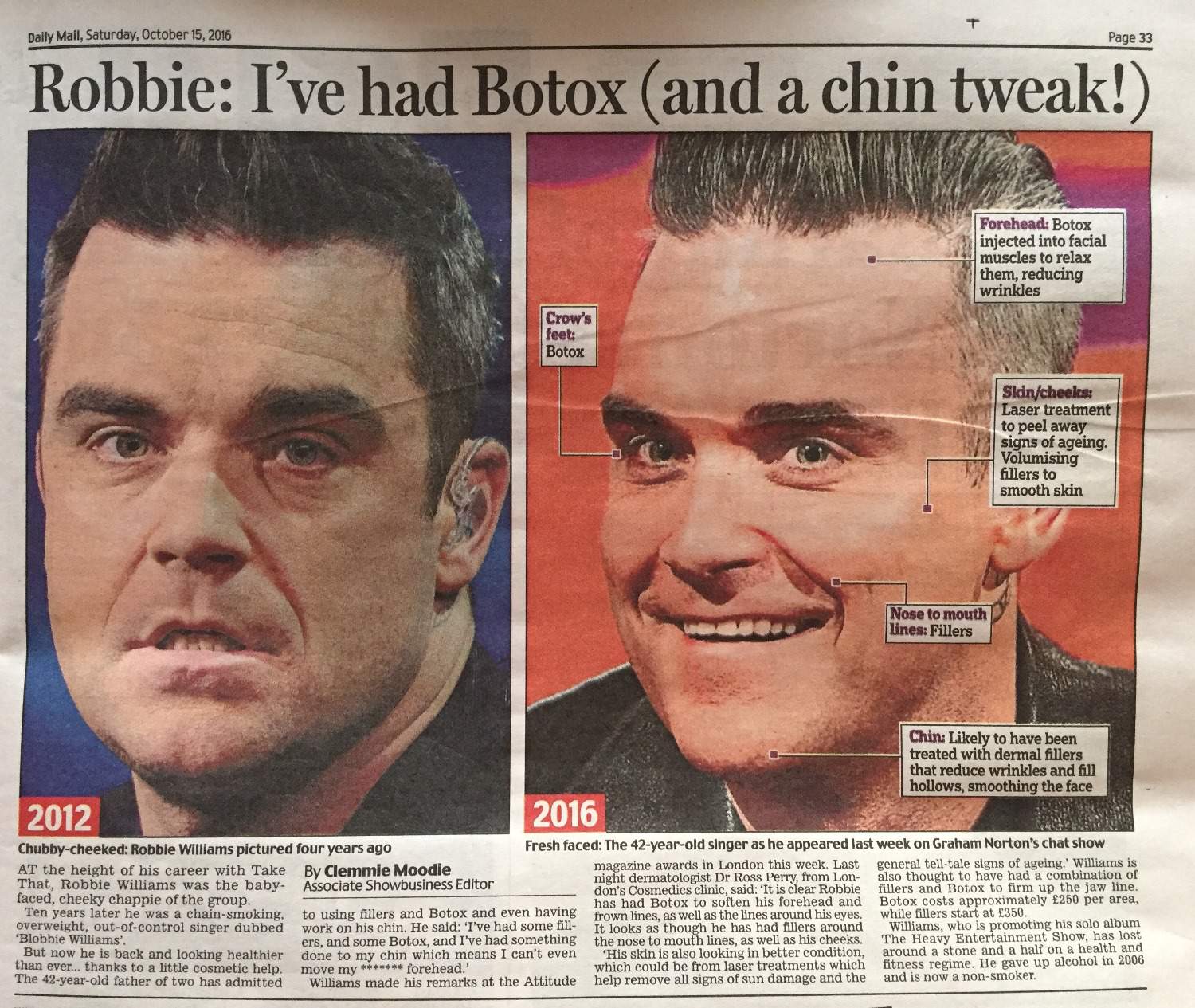 Dr Ross Perry was invited to give a comment on the treatments.

“It is quite clear Robbie has had Botox to soften both his forehead and frown lines, as well as the lines around his eyes – or crow’s feet.”It looks as though he has had fillers around the nose to mouth lines as well as his cheeks.
“His skin is also looking in better condition which could well be from laser treatments which help remove all signs of sun damage and the general tell-tale signs of ageing.”

Dr Perry also commented on the dramatic rise in men having cosmetic treatments:

“Men using Botox – or ‘Brotox’ as it is known in cosmetic circles – is becoming more and more common, and much acceptable to the wider public.
“It is only going to get bigger over the coming months, especially when someone as high profile as Robbie admits to having it done.”

He also regularly provides media comment on cosmetic injections such as Botox and Dermal fillers. He has particular expertise in mole removal, sun damage and melanoma; having removed thousands of moles in his career, both within the NHS and privately through Cosmedics Skin Clinics.

Cosmedics Skin Clinics’ founder Dr Ross Perry offers a range of non-surgical treatments at his London skin treatment centres and sees many male patients, as well as female, who are looking for ways to beat the signs of ageing.

He is known for a natural-look, based on a ‘less is more’ approach. More information on cosmetic skin treatments: